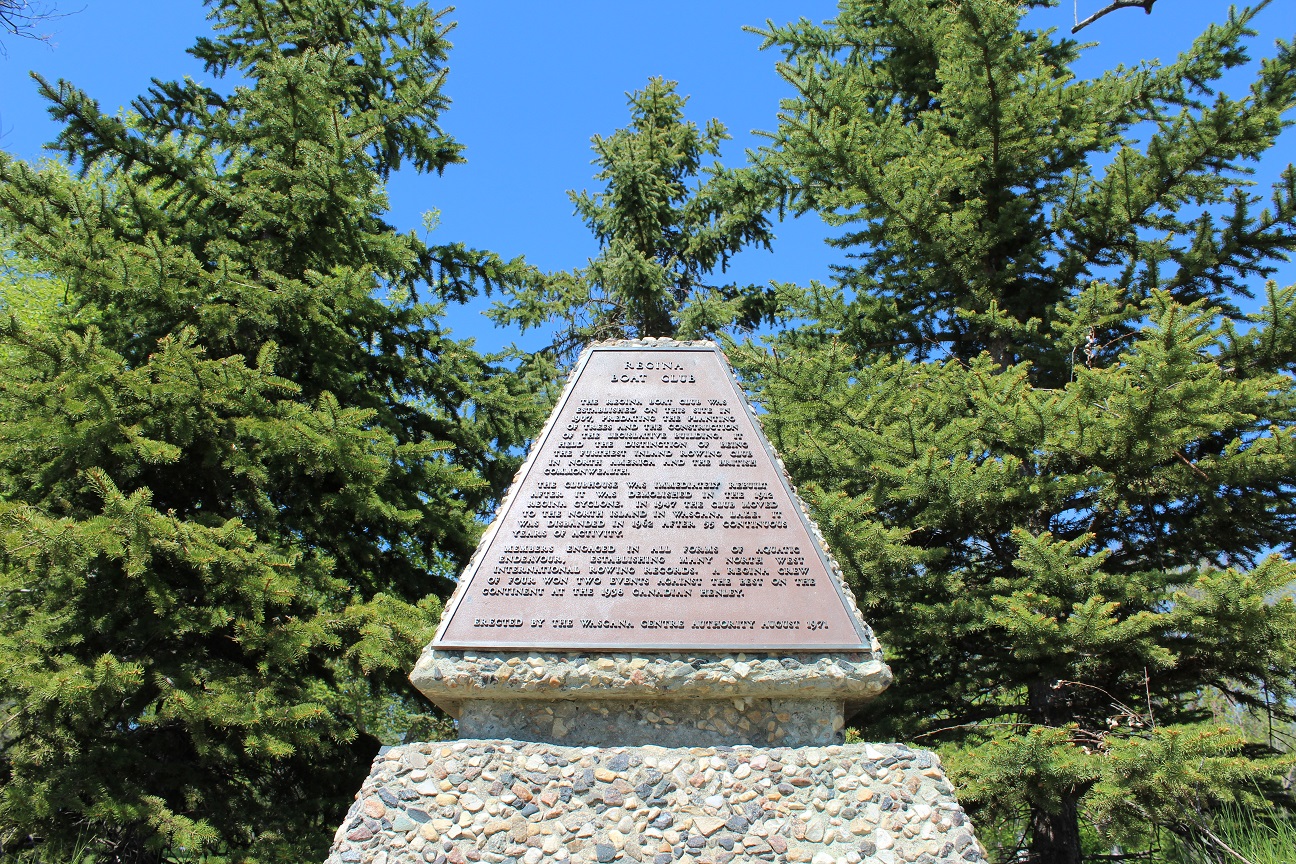 The Regina Boat Club was established in 1907 and held the distinction of being the furthest inland rowing club in North America and the British Commonwealth.  In 1912 the Regina cyclone demolished their clubhouse, which was immediately rebuilt.  In 1947 the club moved to Willow Island where it stayed until it was disbanded in 1962.  The Wascana Centre erected this monument, located on the Northwest area of the centre, in August 1971.