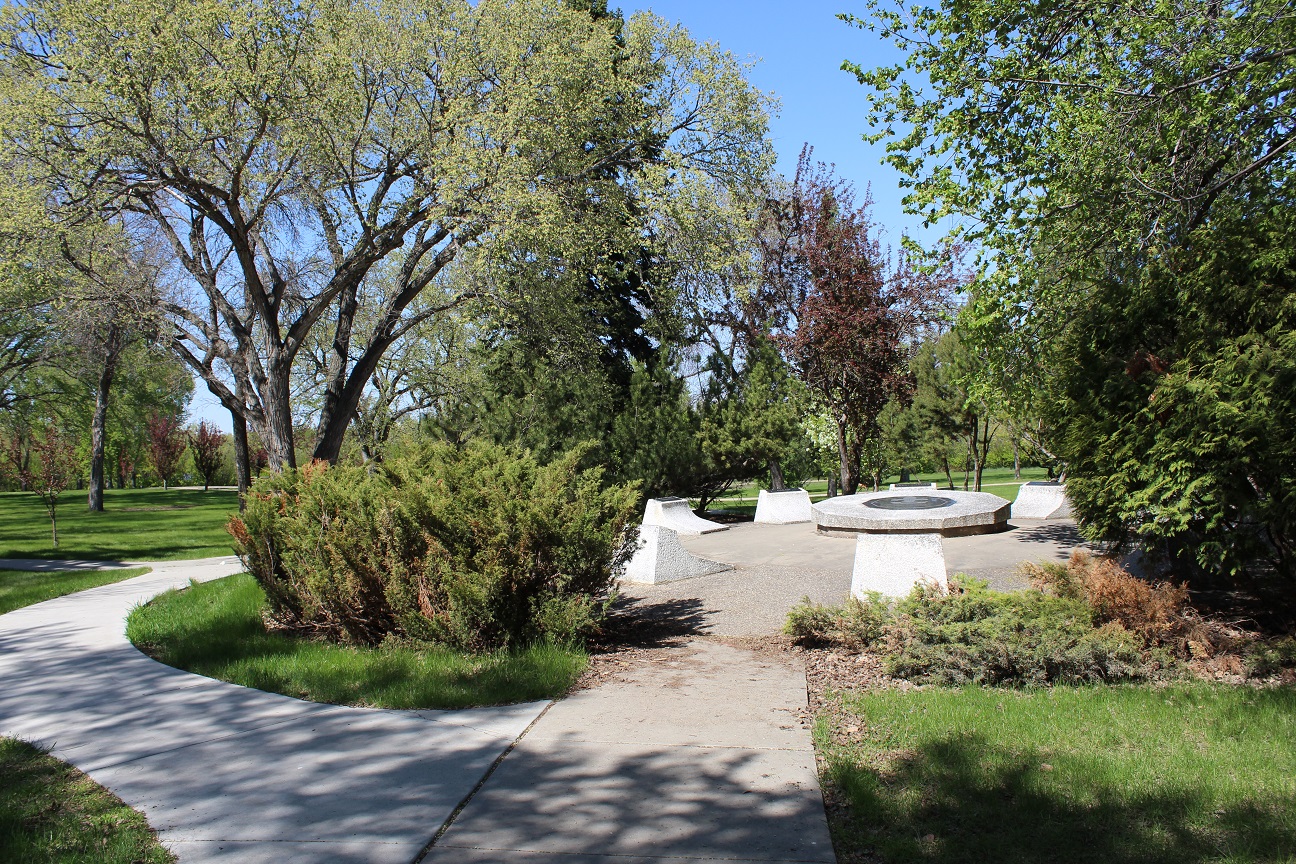 This cairn was dedicated in October 1965 to sixty years of Boy Scouting in Saskatchewan.  It is located south of Spruce Island, along Lakeshore Drive.

The text on the central monument reads:

The smaller cairns surrounding the large one are each engraved with a boy scout motto:

The entire monument represents a sundial.