Beginning August 10, the Irrigation Project will begin in Wascana Centre. Main areas of this project will be around the Legislative Building and area. Date for expected completion is mid-November.

Fall is officially upon us and and the leaves are changing colour. So what better time than to go for a stroll through Wascana Centre to check out some of the beautiful foliage. On Tuesdays we highlight different tree's within Wascana Centre to watch for. Here are a couple we highlighted in September. Watch for more #TreeTuesdays in November!

The Sugar Maple (Acer saccharum) is the quintessential Canadian tree. Known for its brilliant red, orange and yellow fall foliage, it is most recognizable from its leaf structure which is the same as on our Canadian Flag. The sugar maple is typically planted for its ornamental qualities. There are two common varieties, the Unity Sugar Maple and the Inferno Sugar Maple.

The Tatarian Maple (Acer Tataricum) is a small tree (often multi-stemmed) native to Asia and parts of Eastern Europe. It is commonly used for its ornamental qualities, most notable its bright red fruit which appears in later summer through to fall. How Wings Tatarian Maple (Acer tataricum 'GarAnn') is a particularly ornamental variety bearing masses of deep, scarlet red samaras, which adorn the tree like summer blooms. It also has a deeper red in fall, and has stronger branch unions so it is less prone to storm breakage. 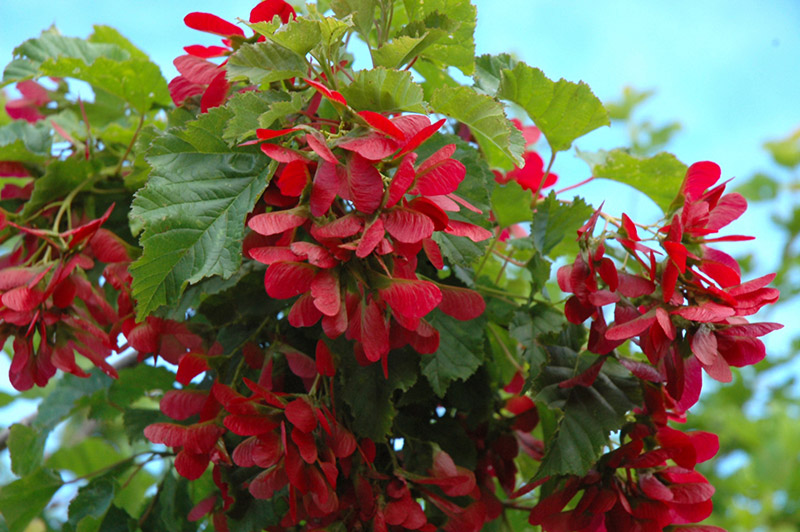 The Red Maple (Acer Rubrum) is an introduced species to Saskatchewan and is typically used as both a shade tree and as an ornamental. Red maple was named for its autumn leaf display. When planting the red maple be cautious around sidewalks or driveways as the shallow root system may buckle them. 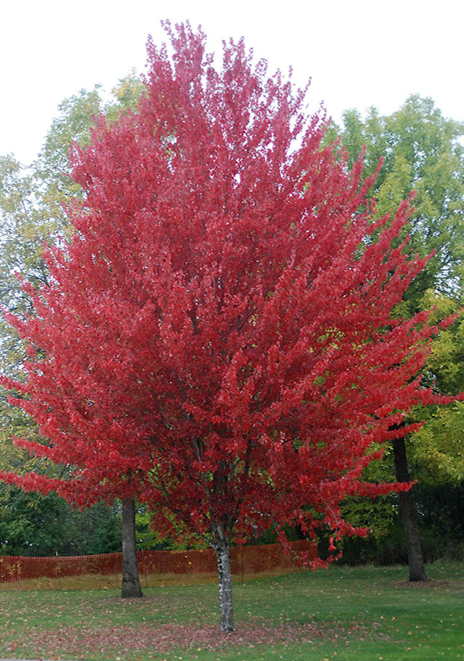